Critical Things to Consider while Wiping Data on SSD

In modern era of computing, speed through which information needs to be processed has become critical. Processor technology has grown exponentially bringing significant performance enhancements.  Consequently, we are observing rise of faster disk technology and SSD drives which work significantly different and efficiently when comes to speed than traditional hard disks. This article will delve into understanding different options for SSDs and understanding those factors will help to choose better way to manage the life cycle of the data on those drives. 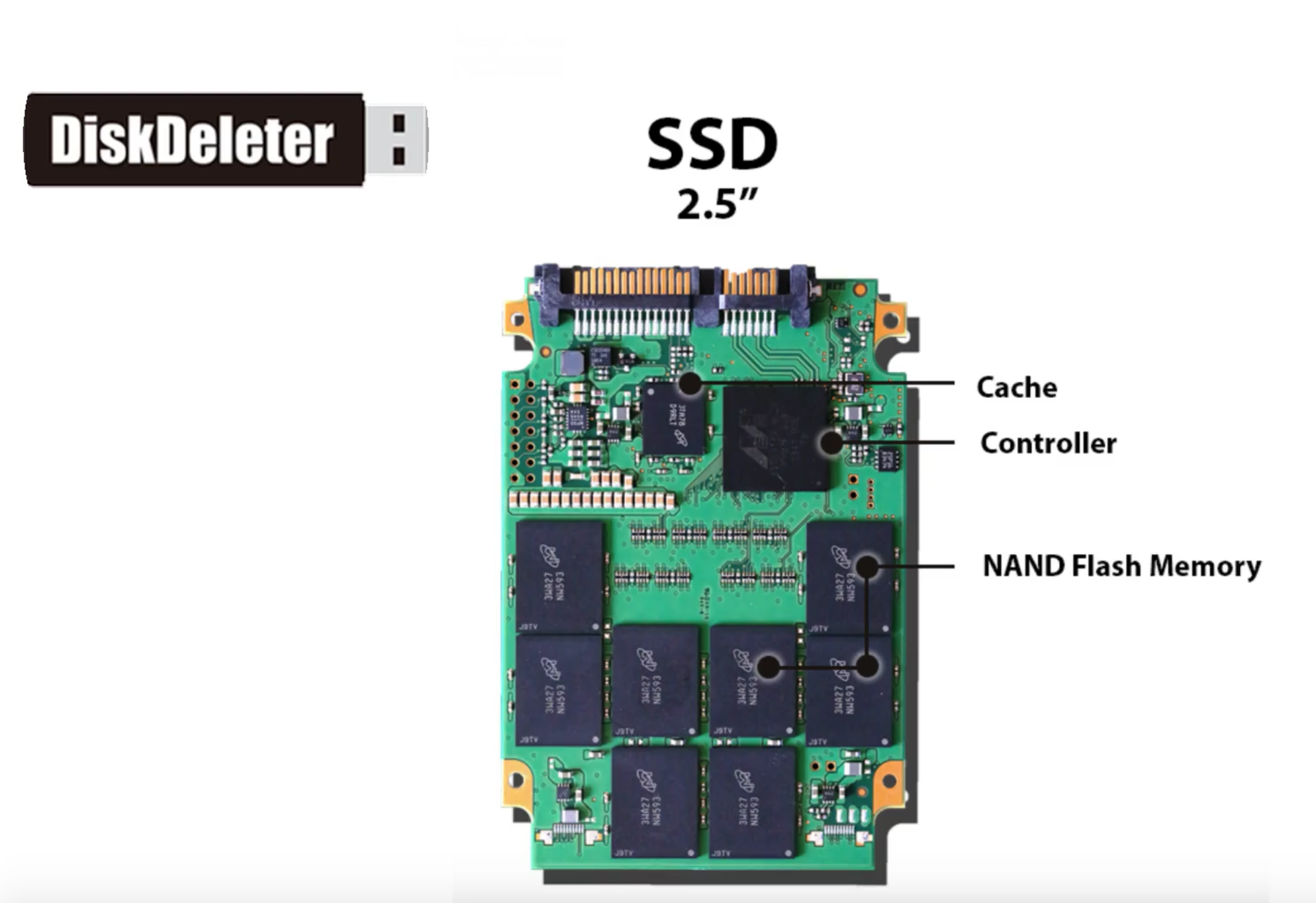 A hard disk drive (HDD) is a traditional storage device that uses mechanical platters and a moving read/write head to access data. A solid-state drive (SSD) is a newer, faster type of device that stores data on instantly accessible memory chips. This provides significant performance improvements. For example, on traditional HDDs, the copying process takes 30-150 MB per second (MB/s), where the same action takes about 500 MB/s on normal SSD, or even 3,000-3,500 MB/s on new NVME SSDs.

Normally, we can classify SSDs based on two factors: memory chip type and interface type.

Here are different types of SSD drives based on the interface.

SATA SSD is the most common type. As a type of connection interface, SATA (Serial ATA) is used by SSD to communicate data with the system.

PCI Express, formally abbreviated as PCIe or PCI-e, is short for Peripheral Component Interconnect Express. As a high-speed computer expansion bus standard. PCIe SSD refers to a solid-state drive connected to a computer system using a PCIe interface. PCIe SSD has become a new way to increase the speed of solid-state drives (SSD) to servers and storage devices.

M.2 SSD also belongs to one of the types of SSD. It was formerly known as NGFF (Next Generation Form Factor). M.2 SSDs are small circuit boards containing flash memory and controller chips, rather than slab-shaped devices containing these chips.

The shape of M.2 SSD is similar to that of RAM, but it is much smaller and has become a standard configuration in ultra-thin notebook computers.

NVM Express enables host hardware and software to take full advantage of the parallelism. As a result, compared to the previous logical device interface, NVM Express reduces I/O overhead and brings various performance improvements, including multiple long command queues, and reduced latency. This is the fastest possible way to transfer data from SSD.

These three memory types are the primary kinds of NAND chips seen in modern SSDs.

The most common in the early days of consumer SSDs were MLC (multi-level cell) and SLC (single-level cell). MLC was generally the cheaper of the two. The "multi-level" of MLC refers to the ability of each MLC memory cell, in most cases, to host four states and thus two bits per cell due to its architecture. (SLC memory cells can exist in only two states, 1 and 0, and thus store one bit per cell.)

Then there's TLC. It emerged as an up-and-coming memory type first via Samsung in its 840 Series SSDs, with other NAND makers also aggressively entering in this area. Standing for "triple-level cell," TLC can host eight states and three bits per cell. The even greater density pushes cost down, but TLC requires even more error-correcting overhead which makes faster wear per cell. TLC type SSD has become more popular in consumer SSDs that won't be subjected to mission-critical, enterprise workloads.

Like other types of flash memory, you can only write to an SSD for finite times, which presents an issue if you want to wipe the solid-state drive clean. Using a regular tool can damage the SSD, reducing its lifespan. SSDs are designed with self-sufficiency in mind, using a series of algorithms and fail-safes that the manufacturer puts in place to maximize drive life and ensure data is deleted correctly and efficiently. Instead of writing to a location on a physical disc, an SSD writes the data to a block. Each write process causes the memory to degrade, or "wear."

SSD use a specific command to keep on top of file deletion, known as TRIM. The TRIM command marks the blocks of data the SSD is no longer using, ready for wiping internally. In basic terms, this means when you delete a file in your operating system, the TRIM command wipes the space and makes it available for use. Using the ATA Secure Erase command does use a whole program-erase cycle for your SSD. So yes, it does cause a small amount of wear, but it is negligible in comparison to a traditional secure wipe tool.

Further complicating the SSD wipe is [ Security Freeze Lock ] feature implemented in almost all the SSDs as a part of standard specs. Freeze locks were developed as a preemptive protection measure against malicious software attacks.

To overcome these difficulties, DiskDeleter has implemented a method to treat  SSD as an external drive whereby Security Freeze  Locks are bypassed and secure erasure / enhanced secure erasure can be executed effectively.

DiskDeleter Kit includes a dedicated converter cable. By connecting this converter cable, internal SSD can be treated as an external drive and secure erase / enhanced secure erasure commands can be executed efficiently with ease.