What Is Degaussing and How its Different from Data Erasure

One of the ways that customers use to completely destroy data from the storage mediums is through a process called degaussing. Degaussing removes data by rearranging the magnetic field on electronic media to completely erase it. 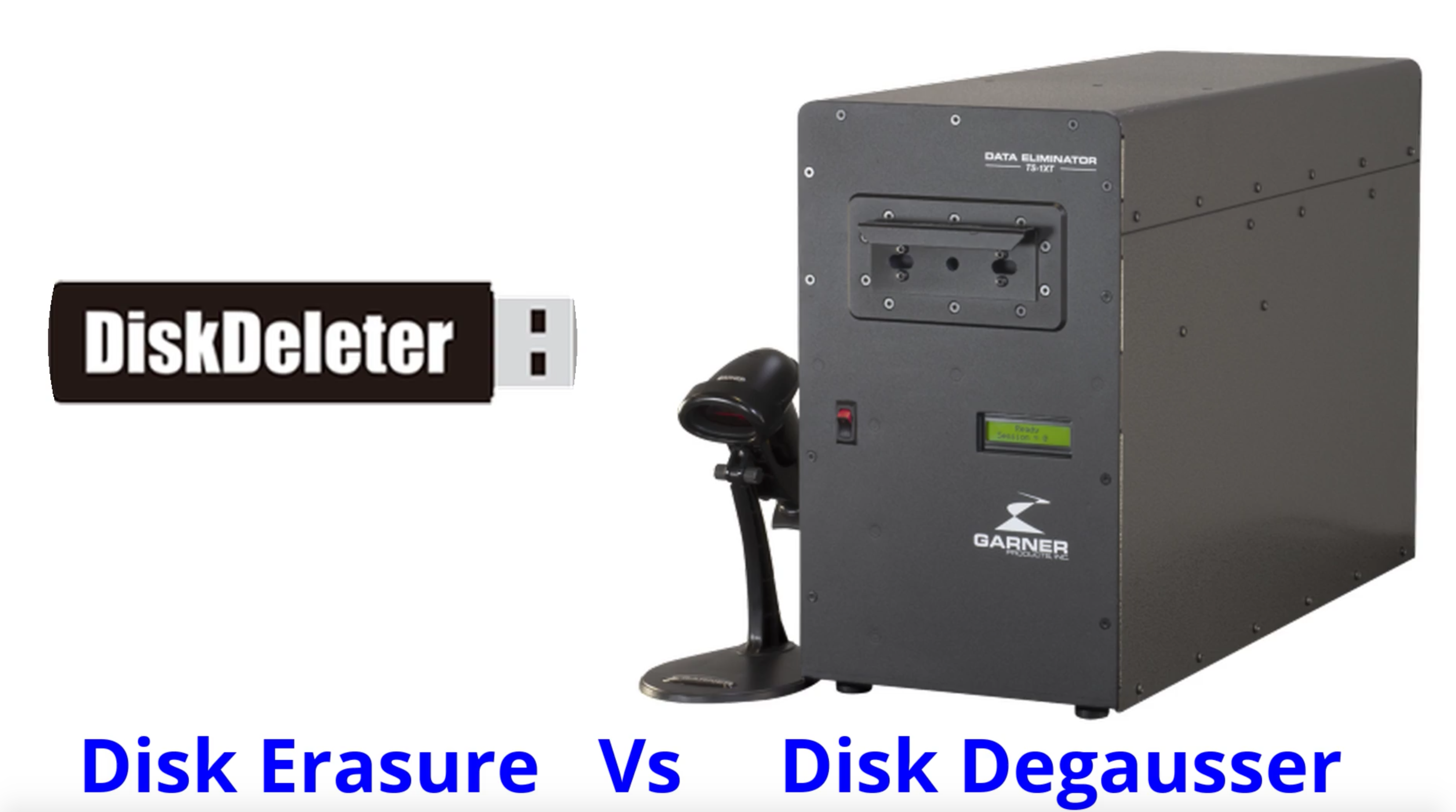 Hard drives and other electronic storage devices such as computer tapes store data within magnetic fields. Such storage mediums contain layers of magnetic material. By arranging the specific direction of these tiny magnetic materials, a drive can store millions of binary data bits. A hard drive retains this data only if the magnetic fields are kept in their precise order.

A degaussing machine subjects a hard drive to a high-intensity magnetic field, completely rearranging the entire magnetic structure of the drive. The degausser randomizes the patterns of magnetization by applying alternating fields of powerful magnetic amplitude. At the end of this process data on magnetic medium is irrecoverable.

Once a drive has been degaussed, it can no longer be used for storage.

Can data on a degaussed drive be recovered? No. Once a drive has been degaussed, it is impossible to retrieve the data.

Can a degaussed disk be used after degaussing? No. A degaussed drive is inoperable in any system. The magnetic erasure rearranges the magnetic field to such an extent that standard read heads are unable to find a magnetic reference point for tracking.

Does running an ordinary magnet over a hard drive accomplish degaussing? No. Standard magnets are not powerful enough to degauss a hard drive. Only an industrial degausser can guarantee the erasure of data.

Can any degausser erase data? No. In order to be completely effective, a degausser should emit magnetic strength that is two or three times greater than the magnetic intensity of the hard drive. Some commercially available degaussers are too weak to ensure that the data is erased. It is important to use an NSA-recommended degausser.

Why is degaussing important? Degaussing is the first step in completely destroying data. Due to regulations such as HIPAA, the GLB-Act, and NSA requirements, destroying sensitive data is required by law.

Can degaussing destroy data on a USB drive? No because USB memory devices operate on solid state memory, which does not depend on the same magnetic structure of hard drive or tape storage.

Is degaussing the final step in data destruction? Although degaussing is a failsafe way of data erasure, the NSA recommends that media be physically destroyed / shredded after degaussing.

Degaussing and Data Erasure are methods for sanitizing the data storage media such as HDD, SSD, memory cards, etc. The primary purpose of media sanitization is to safeguard businesses & individual users from the risks of data breach & leakage.